Home › Best Place to Grab a Drink › On Bourbon and Beer

On Bourbon and Beer

There’s been a strange amalgamation of beer and bourbon brewing in the past few years, especially in Lexington, where a bunch of the breweries have taken to sticking their frothy brewskis into used bourbon barrels.

There’s been a strange amalgamation of beer and bourbon brewing in the past few years, especially in Lexington, where a bunch of the breweries have taken to sticking their frothy brewskis into used bourbon barrels. As the beer gets a second finish, it pulls some of the bourbon trapped in the oak wood, giving the brew a new, not-so-subtle characteristic.

Any discussion about bourbon barrel-aged beers has to start with Alltech’s Lexington Brewing Company (Alltech, of course, is also responsible for producing Town Branch Bourbon at the adjacent distillery; it’s one of the only brewery and distillery facilities in the world).

Their stout Kentucky Bourbon Ale, made with the breweries locally ubiquitous Kentucky Ale, was a forerunner of the trend, but now many micro breweries around the country are in on the action (Anheuser-Busch even has a variety).

Along with the Lexington Brewing and Distilling Company, a couple of Lexington’s other local breweries have begun creating their own version of a bourbon barrel aged beer. Country Boy Brewing has created a number of limited edition varieties incorporating bourbon barrels at their Chair Avenue facility in past their Bourbon Barrel Black Gold Porter and Bourbon Barrel Amos Moses are always popular favorites, when available (check their Facebook page or call the brewery for information about upcoming special tappings).

Blue Stallion Brewing Company on West Third Street has unveiled a bourbon barrel beer as well, their Barrel Aged Wee Heavy – a 90 Shilling Scotch ale that gets a bourbon makeover.

A quick warning: as you might imagine, the bourbon’s influence on these beers puts the B in subtle. You can taste it, and you can definitely smell it. The sensation doesn’t sit right with some people. And, like bourbons, these beers tend to have a higher alcohol percentage than their cohorts. But I think bourbon fans won’t mind. 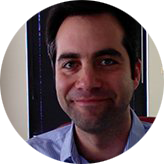 Robbie Clark is a freelance writer and editor based in Lexington, Kentucky, where he contributes to a number of local and regional publications. He has more than 10 years of experience in news, feature writing, copy editing and website management. He previously worked as a Digital Media Editor for the Lane Report and was Editor in Chief at Smiley Pete Publishing in Lexington.