Familiarize yourself with this list of common and not-so-common bourbon terms and you’ll be well on your way to becoming a bourbon connoisseur, or at least talking like one.

Bourbon is defined by the U.S. Government as “whisky produced at not exceeding 160° proof from a fermented mash of not less than 51 percent corn, and stored at not more than 125° proof in charred new oak containers. Also, bourbon whisky cannot have coloring, flavoring or blending materials. Further, bourbon whiskey is a distinctive product of the United States.”

Malted Barley: Barley which has been [malted]*.

Fermentation: The process of yeast converting sugars into alcohol, carbon dioxide and other molecules.

Beer / Distiller’s Beer: The product resulting from fermenting grains. Since ‘beer’ is fermented grains, but this beer is destined for distillation, the more technical term when talking about bourbon or other whiskeys is ‘distiller’s beer.’

Sour Mash: Before adding the yeast to the grains, the mash is ‘soured’ by adding some leftovers from the previous distillation. This liquid is acidic, hence ‘sours’ the mash. (There’s a lot more to this in the [Geeky]* section.)

Distillation: The process of separating liquids from solids and isolating components of the liquid through evaporation.

New Spirit / New Make / White Dog: The clear liquid coming off the stills. This is ‘pre­-bourbon,’ if you will. It is not [moonshine].*

Aged / Matured / Barreled / Rested: The time when the liquid sits in the barrel. During this time as much as 60­80% of the flavor is developed.

Angel’s Share: Loss of the liquid from the barrel due to evaporation during the many years of maturation. In Kentucky, the loss is about 2—4% per year. The brand Angel’s Envy is named as a play on this term – the idea is it’s the portion the angels didn’t get.

Devil’s Cut: This term was coined by Jim Beam for their product of the same name. The angels get their share through evaporation; the Devil gets his cut because some liquid is lost absorbed into the oak. Jim Beam developed a way to extra that last bit of liquid and add it to the bottle.

Finishing: Creating a [batch]*, then instead of bottling the liquid, it is transferred into second ‘finishing’ barrels for a second maturation. Typically, the second barrels won’t be new; barrels that previously held wine, sherry, port or rum are common. (Yes, that means most finished bourbons aren’t technically bourbons.)

Single Barrel: A bottling from just one barrel. Each barrel will have a slightly different flavor profile so each single barrel bottling will taste just a little bit different. Liquor stores will often label each bottling separately – for example, ‘Buffalo Trace barrel 102.’

Batch / Batching: A group of barrels dumped together before being bottled.

Small Batch: A marketing term. There’s no industry definition, but it’s generally used to mean a small (2-200) selection of barrels batched together.

Blending: Not typically used to refer to bourbon or most American whiskeys. European and Canadian whiskeys have a heritage involving blending, which means combining different types of whiskeys to achieve a specific flavor profile. Those traditions have Master Blenders; American distilleries usually have Master Distillers.

Mingling: A less common (and less technical) word for batching.

Barrel Strength / Uncut: Liquor bottled at whatever [proof]* it came from the barrel with no water added.

Unfiltered: Most barrel­-aged spirits are filtered before bottling, either by chilling the liquid or using activated charcoal. This removes the fatty acids which would become cloudy if the spirit was chilled or put on ice. Unfiltered spirits skip this step.

Straight: A spirit aged in new, charred oak for at least two years with no artificial color or flavors added.

Bottled in Bond: A spirit produced within one distilling season by one distiller at one distillery, aged in a federally bonded warehouse under U.S. government supervision for at least four years and bottled at 100 [proof]*. Additionally, the spirit must declare on the label both the distillery and the location of bottling.

Other Types of Spirits

Rye Whiskey: Whiskey made like bourbon except with at least 51% rye grain in the grain bill. Not to be confused with the rye grain itself. It’s very common for people in the whiskey world to shorthand ‘rye whiskey’ to just ‘rye’ so you often have to ask for clarification.

Tennessee Whiskey: [Straight]* whiskey produced in Tennessee. Most are filtered through Maplewood charcoal.

Moonshine: A marketing term usually applied to unaged or lightly aged corn or sugar/corn spirits. ‘Moonshine’ has no legal definition but is historically defined as illicit spirit, that is, distilled spirit on which no taxes have been paid. It’s liquor ‘made by the shine of the moon’ so Johnny Law doesn’t know about it. Which is very illegal. That ‘moonshine’ at your local liquor store with the cherries/peaches/apples /cinnamon in it most certainly had taxes paid.

Master Taster: An assistant to the Master Distiller. The Master Taster will often assist with overseeing production, monitoring barrels (by tasting them!) and selecting barrels for batching.

Cooper: Generally used to mean a person who makes or repairs barrels. Within modern cooperages, there are many different positions not all of which are technically coopers.

Craft / Artisan / Handcrafted / Handmade: These terms currently have no formal definition. There’s much debate around them and different distilleries use them in different ways.

Non-­Distiller Producer (NDP): A bottler who buys whiskey from another producer instead of making it themselves and bottles it under their own name.

Rectifier: An NDP who modifies the whiskey, usually by addition of coloring or flavoring, before bottling it under their own name.

Here with the Geeky Bourbon­ness!

Malting: Soaking grain in warm water until it sprouts then drying it and applying heat to stop the germination process. Malting creates enzymes which break down long­-chain carbohydrates into shorter chains which the yeast can convert into alcohol.

Sour Mash: Before adding the yeast to the grains, the mash is ‘soured’ by adding some leftovers remnants from the previous distillation. This liquid is acidic, hence it ‘sours’ the mash.

Further Really Geeky: Virtually all whiskeys made today are sour mash whiskeys. ‘Sweet Mash’ whiskeys are the rare exception. It’s confusing because not all sour mash whiskeys declare themselves as such and some (*cough* Jack & George *cough*) make it their dominate marking point.

Backset / Setback: The liquid reserved (set back) from a distillation run used to sour the next mash.

Wort / Wash: The liquid portion of the mash. Most (but not all) bourbons are fermented and distilled using the entire mash – liquids and solids. A few bourbons (and almost all European whiskeys) drain off the liquid and ferment then distill just the wort or wash.

Pot Still: A pot (like you use on your stove) into which mash is poured, then heated so that the alcohol and other volatiles evaporate off. The pot still is connected to a condensing coil which cools the vapor so it condenses into a liquid usually called [new spirit]*. Using a pot still is a batch process; one round of distillation is performed then the still is emptied, cleaned and refilled to be run again.

Column Still / Coffey Still / Continuous Still / Patent Still: A large column (usually several stories tall) where the mash or wort is poured in the top, steam is pumped in from the bottom and the alcohol vapor is collected from pipes sticking in the sides. A column still can be run continuously as long as mash and steam are going into it.

Hybrid Still: A modern still design that can be run as either a pot still or a column still.

Beer Still: A still used only for the initial run where the beer (mash) is distilled. The output of a beer still is ‘low wine.’

Spirit Still: A still used only for the final run where the ‘wine’ (Why do we use that word refer to the distillation of grains? I have no idea.) is further refined into ‘new spirit.’ Town Branch Distillery has their beer and spirit pot stills sitting side ­by ­side.

Doubler: A secondary pot still used after a column still to further refine the spirit. Conventional doublers distill the liquid after it’s condensed coming off the column still and thumpers distill the vapor directly (causing them to make a thumping sound, hence the name).

Single, Double or Triple Distillation: The number of times distillation is performed on the fermented liquid before it is put in a barrel. Small distillers often single distill while most major distillers double distill. Woodford Reserve Distillery triple distills and has their beer, high wine and spirit pot stills side ­by ­side.

Low Wine: The liquid from the first distillation of the mash.

High Wine: The liquid from a second distillation of the mash. The term is rarely used except during triple distillation.

(New) Spirit: The liquid from the final distillation. For many small distillers, their low wine and new spirit are the same product.

Heads, Hearts, Tails & Remnants: During each distillation run, only some of the liquid – the ‘hearts’ – is collected and used; the rest is discarded. The ‘heads’ are the liquids that come off first, then the ‘hearts’ and finally the ‘tails.’ Anything left in the still is remnants. It is the mark of a skilled distiller to know where to make the ‘cuts’ to separate the liquid to be used from that which will be discarded.

Bung: The wooden or plastic stopper pounded into the hole in the barrel to seal it.

Chipping: Adding wood – staves, planks, chips, sawdust – into the barrel to add character to the maturing liquid. For bourbon, the wood added must be new, otherwise the resulting product will not be bourbon and will be a Distilled Spirits Specialty product.

Other Types of Spirits

Distilled Spirit Specialty Product: A catch-­all category used by the [TTB]* for anything without a formal definition. Bourbons [finished]* with wine barrels fall in this category.

Grain Spirit: The liquid distillate from a grain mash.

Corn Whiskey: Whiskey made from at least 80% corn and either unaged or aged in used barrels. This is the only style of whiskey in the world which does not have to be aged.

Unaged Whiskey: No such thing, unless it’s corn whiskey. Sometimes this term will incorrectly be used to describe grain spirit.

Light Whiskey: Whiskey distilled to between 80-95% alcohol by volume and stored in used or uncharred new oak containers.

Flavored Whiskey / Flavored Bourbon: A whiskey or bourbon base with added flavoring. Technically, bourbon cannot have added flavors and so it becomes a Distilled Spirit Specialty Product.

Blended Whiskey: A combination of different types of whiskeys and/or grain neutral spirit. 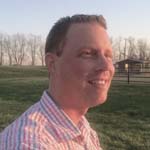 A station on the Underground Railroad hidden inside a Lexington church.

It’s where the Bluegrass kisses the mountains.